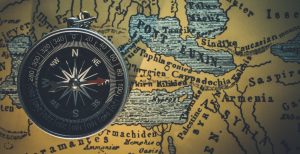 What is going on – April 2018? What is happening right now with the polarization between east and west reminding us of the Cold War? Who is Trump in this scenery, where is Putin? What about Syria? A complex war is going on in this country, involving Syria, Russia, Turkey, Iran, the US and Israel. How are we to understand – in a biblical context – what is going on?

When diving into the topic “end times”, there is no doubt that many people are speculating and trying to understand a few of the mentioned questions by “googling” the Internet. When investigating some of the terms most sought after, both Trump and Putin are names found in combination with antichrist and other apocalyptic themes. However, we need to be careful to draw too many conclusions of what is going on – before we see things happening. But, let us anyway dwell by a few “facts”:

Most people reading and believing the Bible, understands from Daniel 7, Daniel 9, Ezekiel 38-39, Zacharias 12-14 that there will come a time of both conversion and struggle for Israel in the end, where they will be attacked by “Gog and Magog” and all of his allies; (please take a look what I have written under Ezekiel 38-39) Altough it can be hard to identify the President and country, Gog and Magog, and his allies mentioned, Persia (Syria/Iran) , Put (Northern Africa), Cush (Sudan, African Horn), Togarmah (Armenians?) and Gomer (?), there might be something going on related to the prophecies in Ezekiel as this area (Syria) is very central both in a middle-east context, but also related to the position of Israel. We do not know, but things may grow bigger than what we hoped or expected for as time goes on.

Now, what about Russias role? In my opinion, the western world has for too many years ignored the Russian threat.  In fact the most successful military operations (like it or not), the latest few years, have been Russia establishing forces on Crimea/Ukraine and in Syria. The russians have re-established Crimea as one of their military centers, and in Syria, they have built large air bases/airports, and they are now, in fact,operating the Syrian airbase Hmeimim Air Base. A few months ago, they decided to turn this base into a component of their permanent military contingent stationed in Syria. Nothing the US has done in Afghanistan, Iraq or Somalia comes even close to what the Russians have accomplished in a global scale.

What about president Donald Trump? How predictable is he? 2 weeks ago he announced that he would withdraw US forces from Syria. However there was this attack with chemical weapons in Syria (April 2018), making Trump to change his mind?! This was his statement on Twitter (April 11, 2018):

Russia vows to shoot down any and all missiles fired at Syria. Get ready Russia, because they will be coming, nice and new and “smart!” You shouldn’t be partners with a Gas Killing Animal who kills his people and enjoys it!

I honestly have a hard time seeing USAs role in the future Middle East. First – again – Trumps unpredictable nature is extremely risky for both the US and their allies. Furthermore, US has put themselves on the tough spot financially by introducing the world to trade war going on (who is going to finance the US army with China closing their US bank account?!)  Finally, the loyalty and discipline in the US forces may have a hard time after many years with missions “not accomplished”

What will happen, what will come, what is going on. We really do not know. However, either we like it or not, there might be things going on relating to the 2500 years old prophecies written by Ezekiel.

Welcome to my homepage! Speculations