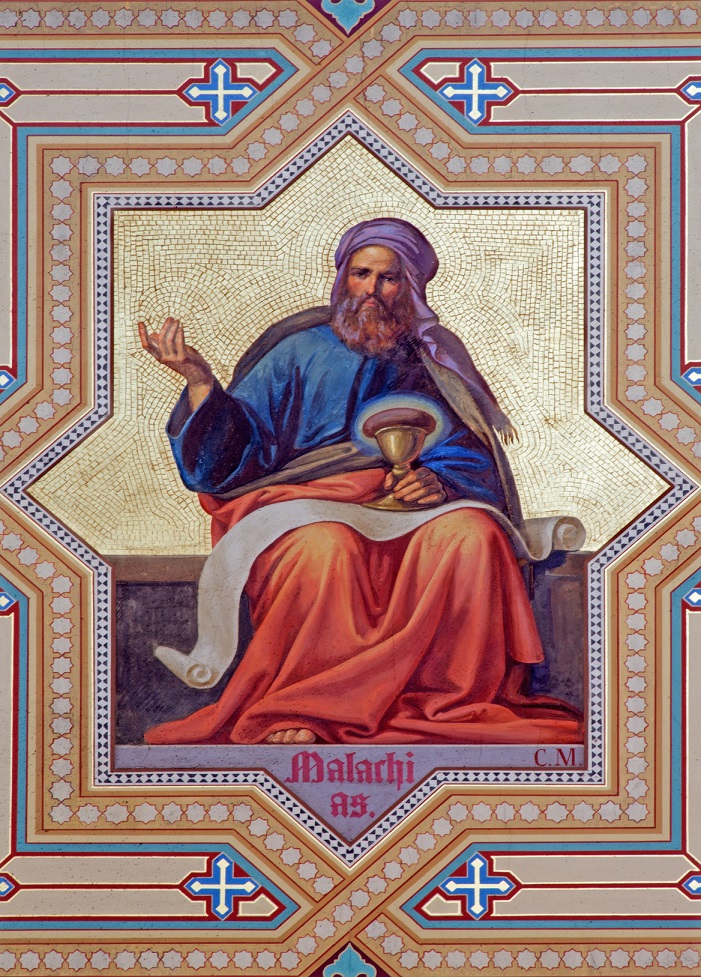 The decree from Artaxerxes, and the work to rebuild Jerusalem and the temple, was an important and fundamental part of Israel’s history. However, if we look very closely, one specific event turned out to be just as, or even more important for the Jewish people in these years, namely the coming of the Prophet Malachi. Most likely, he was serving God among his people from 445 BC, as he was a prophet returning together with Nehemiah, and also because he was reminding the people of the same things Nehemiah did.

Christians today do not give the Prophet Malachi much attention. He is “of course” a prophet, but he is the last of the small prophets and when reading him today, his message seems to drown in a lot of other prophets’ messages and promises. Although this may be the case for us, this was not the case for the Jews living from year 445 BC, and the years to come. In those years Malachi was the Prophet. He was the last sign and words they had received from God, and no one like him had given the Jews more precise information about what should happen when Messiah should appear. They read and reread this prophet asking:

When John the Baptist’s service began, the people were exploding into one of the biggest revivals in the history of Israel. They had been waiting for so long, expecting Messiah to come. Then suddenly there he was (they thought), John the Baptist, not with miracles and wonderful deeds, but with words judging the people, telling them to convert from their sins.

Then Jerusalem, all Judea, and all the region around the Jordan went out to him. (Matthew 3:5)

They had been waiting for over 400 years, and now, finally, something was happening. Is He the Messiah? When seeing their reaction on what is going on, they are often referring to the few verses of Malachi 3 and 4. When:

I am bringing Malachi and his “declaration” into this book because I think He has a very important role in understanding the prophesies of Daniel from a Jewish point of view, also remembering that there are still many Jews waiting for the prophesies of Malachi (and Daniel) to be fulfilled as they (still) do not think Jesus was their Messiah.

The prophecy in Daniel 9 seems to determine 490 years for the Jews in a specific way. What this means exactly for the Jews can be hard to understand, especially as we do not have much information about how the spiritual life was among the Jews in the years from Malachi to Jesus was born. However, we can assume that they were waiting, reading Malachi, and waiting again. They did not have many signs, many things to hold on to, but when we see their reaction from the days of John the Baptist, their waiting for Messiah must have been quite “intense”.

Strangely enough, nothing draws a person closer to God than His promises. We often think that our faith increases as we see great signs and wonders, but this is not the case. When we – tired, empty and broken – receive a word, a promise from God, this is when the faith increases. Paul the Apostle puts it this way in Romans 5 describing how the close relation between hard times and hope is manifested in a person’s life:

Therefore, having been justified by faith, we have peace with God through our Lord Jesus Christ, through whom also we have access by faith into this grace in which we stand, and rejoice in hope of the glory of God. And not only that, but we also glory in tribulations, knowing that tribulation produces perseverance; and perseverance, character; and character, hope. Now hope does not disappoint, because the love of God has been poured out in our hearts by the Holy Spirit who was given to us. (Romans 5:1-4)

Knowing the hard times the Jews were facing in this period of their time, we can assume that these “69 weeks” have been years with a silent revival among the Jews waiting for their Messiah.

However, when this period was over, the Jews did not accept Jesus Christ as their Messiah. This is a terrible fact, and was also terrible for Jesus when crying over Jerusalem:

Now as He drew near, He saw the city and wept over it, saying, “If you had known, even you, especially in this your day, the things that make for your peace! But now they are hidden from your eyes. (Luke 19:41-42)

Jesus Christ did not fit into the Jews’ picture of the Messiah: They wanted a king like David. They got a king riding on a Donkey. They wanted a king “dealing” with the Roman Empire. They got a king declaring that His kingdom was somewhere else. They wanted his miracles as a weapon to fight the enemy. They got miracles for them to understand that Jesus was the Messiah. They were waiting for Messiah for so long, but He did not match their criteria or specification. May we learn from their mistake not to reject Jesus when he appears different to us from what we expected.

The 70th Week and Conclusion

The most common understanding of the 70th week is that this week refers to the end times, and the tribulation. Daniel says it this way:

And after the sixty-two weeks
Messiah shall be cut off, but not for Himself;
And the people of the prince who is to come
Shall destroy the city and the sanctuary.
(Daniel 9:26a)

Many are confused when reading this verse, as it does not say anything about the 70th week. Daniel is, however, making a “jump” for quite a long period of years in the middle of this verse from where Messiah is “cut off” (Jesus dying on the Cross) and until we meet the Prince in the latter part of this verse, Antichrist. In other words, the Word of God seems to suggest that the Jews will receive a specific time in the future (right before Jesus comes back) when they will look to Jesus, receive Him as their Lord and Saviour and confess His name. We do not know if this period, the 70th week, is exactly seven years, and we do not know if this awakening will be of general nature. However, the scripture have several passages, which give us reason to believe that this time will come and that it will be a time of strong influence on the Jewish people:

For I do not desire, brethren, that you should be ignorant of this mystery, lest you should be wise in your own opinion, that blindness in part has happened to Israel until the fullness of the Gentiles has come in. And so all Israel will be saved, as it is written:
“The Deliverer will come out of Zion.
And He will turn away ungodliness from Jacob;
For this is My covenant with them,
When I take away their sins.”
(Romans 11:25-27)

All of these are hopeful promises for the Jewish people, and we must look forward for this time to come. At the same time, we need to work for the spreading of the Gospel among the Jews now as if this time has come already. We are not to give them the impression that they are “almost there” just because they are Jews. The Jews are not any better off because they are Jews although they have received the Word of God (Romans 3:1-9). We must therefore point to the scripture, convincing them that anybody living under the law is under condemnation, and that there is now no condemnation for those who are in Christ Jesus (Romans 8:1).