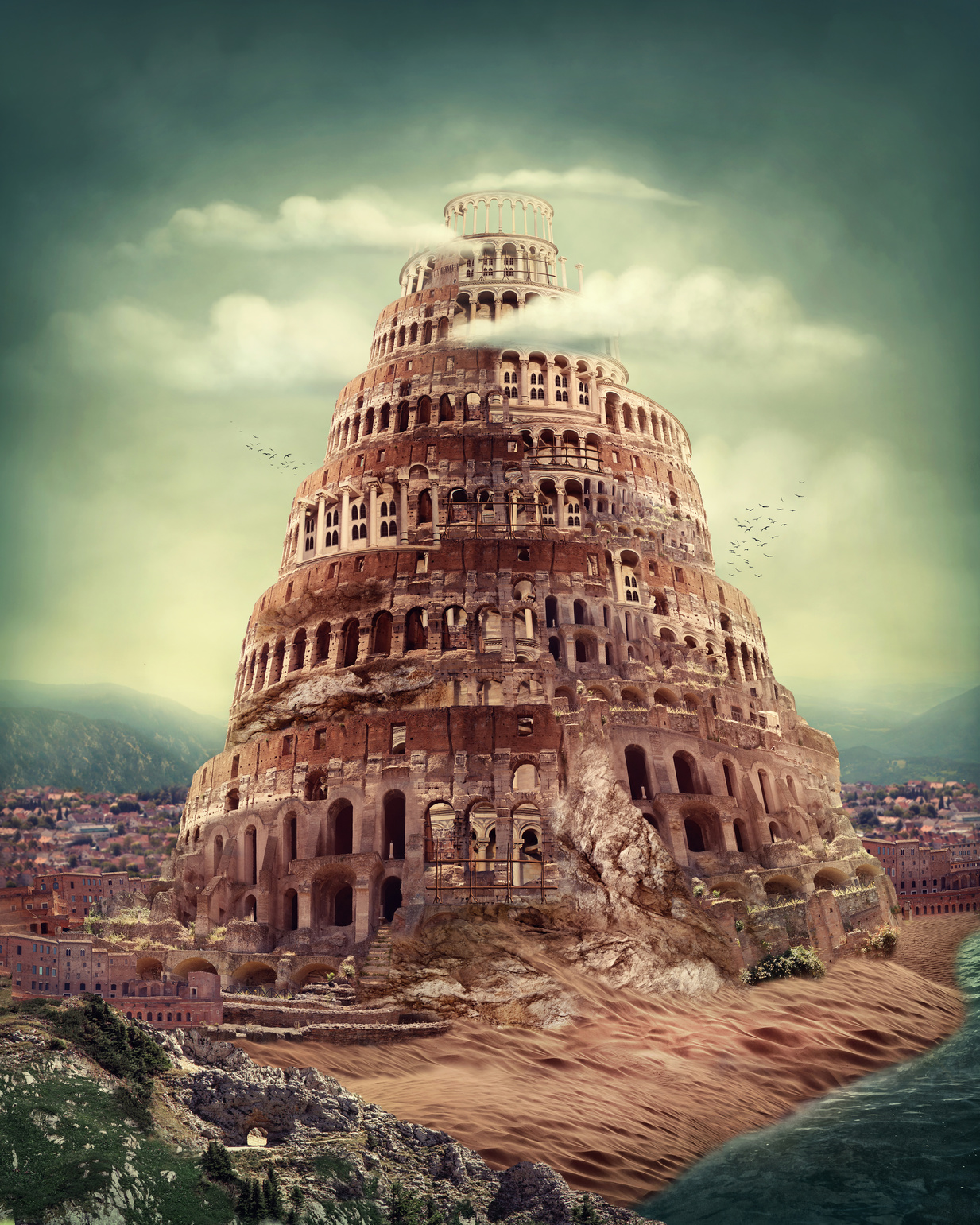 The main chapters dealing with the harlot is chapter 17, where she is described into details, and chapter 18, where God fulfils the judgment upon her.

Then one of the seven angels who had the seven bowls came and talked with me, saying to me, “Come, I will show you the judgment of the great harlot who sits on many waters, with whom the kings of the earth committed fornication, and the inhabitants of the earth were made drunk with the wine of her fornication.”

So he carried me away in the Spirit into the wilderness. And I saw a woman sitting on a scarlet beast which was full of names of blasphemy, having seven heads and ten horns. The woman was arrayed in purple and scarlet, and adorned with gold and precious stones and pearls, having in her hand a golden cup full of abominations and the filthiness of her fornication. And on her forehead a name was written:

MYSTERY, BABYLON THE GREAT,
THE MOTHER OF HARLOTS
AND OF THE ABOMINATIONS
OF THE EARTH.

Who is the harlot? There have been many attempts to find the harlot in history, and also today, as if she should be one specific institution. However, it is hard to find her. Like normal harlots and prostitutes she is hiding in the dark, with her shame and immorality. Many scholars and teachers say that she is the Roman Catholic Church. They say that this church has persecuted evangelical Christians for decades (verse 6), and that Babylon is the name the first Christians used on Rome. Although these assumptions might point into the right direction, I do not think that they are specific enough.

First, her function: riding on the beast with seven heads. Taking the first two kingdoms to be Egypt and Assyria does not seem to do full justice to the description of the harlot who sits on the seven heads, which are the seven kings (Rev. 17:7-10+). She is given the name Babylon and is identified as the mother of harlots and of the abominations of the earth (Rev. 17:5). In order to be the mother of harlots and abominations (which denote spiritual idolatry), she would have to be the source from which her daughter-harlots were born. Thus, it seems best to see the harlot as having ridden upon the beast, sitting upon its seven heads, throughout history.

Just as it is impossible that the harlot, mother of harlots, can be Rome (only), it is impossible that she is the Babylon of Nebuchadnezzar’s days. This is for the same reason. It does not date back far enough. We must go further back, and find it in Genesis 10:8-10 and 11:9. There we find her in the land of Shinar; under Nimrod. He began the work in the spirit of the harlot; his object being to build a city, and make for his people a name, so that they might not be scattered. Babylon [Babel] was founded in rebellion against God.

Here is the key to understand the harlot. Here is her main spirit; building her way to God, instead of letting God’s hand reach towards her. The harlot is religious, looks holy, confesses her belief in God, but she does not want to know of God’s salvation. She wants to build, build and build, although God has told her to rest and listen to His word and to receive His salvation.

We see this very clearly in the history of the Patriarch Jacob. Through most of his life, he was building his own salvation, not really wanting God’s help and the ladder revealed to him in a dream (Genesis 28:11-19). He went his own ways, in the spirit of Babel. First at Penuel, through the fight with God’s Angel (Genesis 32), he became a believer by grace. Here he lost his own ability to help himself, and was forced to receive everything from God.

There is not much room for the Patriarch in the “Chapter of Faith”, Hebrews 11. Only one short verse:

By faith Jacob, when he was dying, blessed each of the sons of Joseph, and worshiped, leaning on the top of his staff. (Hebrews 11:21)

Jacob had finally become helpless, asking for God’s help in all questions regarding God’s salvation. “By faith” he could not stand on his feet anymore, leaning on the top of his staff. He was now done with “the harlot”, Babylon, and all his attempts to build his own way to God. He finally found rest at Bethel, realizing the ladder was raised for his salvation.

Paul the Apostle has one more interesting observation regarding “the harlot”, in his letter to the Galatians chapter 4, where we meet Hagar and Sarah.

…For these are the two covenants: the one from Mount Sinai which gives birth to bondage, which is Hagar— for this Hagar is Mount Sinai in Arabia, and corresponds to Jerusalem which now is, and is in bondage with her children— but the Jerusalem above is free, which is the mother of us all. For it is written:

“Rejoice, O barren,
You who do not bear!
Break forth and shout,
You who are not in labour!
For the desolate has many more children
Than she who has a husband.”
Now we, brethren, as Isaac was, are children of promise. But, as he who was born according to the flesh then persecuted him who was born according to the Spirit, even so it is now.
(Gal. 4:24b–29)

This passage is a strong description of what  the fundament is in the spirit of the harlot. She uses her flesh to fulfil her goals, she is not free, and she persecutes him who was born according to the Spirit.

This means that if a person is born according to the flesh, he is a child of the harlot. He might look like the “bride”, but he is building his own salvation on other things than the words given by the bridegroom. His faith is not a gift from God, but a project in the spirit of Babel, trying to reach God with his own help. All this may look wonderful in other people’s eyes, but this “faith” is under the judgment of God.

Although we all may try to place the harlot anywhere else than in on our own midst she is a threat to every single person, religious or Christian. We will find her in the Roman Catholic Church, definitely, but we will also find her everywhere else, also where the Protestant Church exists. Furthermore, this spirit is a potential in every single heart, in our innate hostility against receiving salvation through Jesus Christ alone.

Now we can understand that the harlot has been riding on the beast since Babel’s time. The history of all religions and many “christianities” has been, and will always be, striving to come to God, instead of letting Him come to us. Most of the kingdoms mentioned in the prophecies of Daniel, and the Book of Revelation, were religious in one way or the other – although they were “beasts”. They all had the same thought; to find their own way to God.

Most religions and “christianities” may look nice and “calm” also with Christian symbols and practices, but they are so far away from Christ they could possibly come, hating him and neglecting him as the only fundament for salvation. The scripture tells us to leave her not to fall under the judgment over her, as written in Rev. 18:4-5:

And I heard another voice from heaven saying, “Come out of her, my people, lest you share in her sins, and lest you receive of her plagues. For her sins have reached to heaven, and God has remembered her iniquities.

God will judge the harlot. He will judge her, and everyone else, not receiving everything from Him in the question of Salvation.

God will use the beast to judge the harlot. The eighth beast will hate the harlot and leave her, and bring her to ruin:

And the ten horns which you saw on the beast, these will hate the harlot, make her desolate and naked, eat her flesh and burn her with fire. For God has put it into their hearts to fulfil His purpose, to be of one mind, and to give their kingdom to the beast, until the words of God are fulfilled. (Rev. 17:16-17)

As we have seen, the harlot’s name is Babylon. There is a hidden secret behind this name – and as we have discussed above, this seems to relate to the Spirit of Babel – the building of “contact” with God, instead of letting His salvation reach us “from above”. Altough this may be the most important aspect when dealing with the harlot, there also a more “physical” aspect of the harlot Babel. When reading the passage from Revelation 17, we can see that the harlot also is referred to as a great city, and this is also confirmed by Revelation chapter 18:8-10:

Therefore her plagues will come in one day—death and mourning and famine. And she will be utterly burned with fire, for strong is the Lord God who judges her. The kings of the earth who committed fornication and lived luxuriously with her will weep and lament for her, when they see the smoke of her burning, standing at a distance for fear of her torment, saying, “Alas, alas, that great city Babylon, that mighty city! For in one hour your judgment has come”.

The city of Babylon must be a place, city or country where the spirit of the harlot “fills the air”? We don’t know which country or city the Apostle saw, but we will understand it when the time for Babylon’s judgement will come.