The Book of Revelation 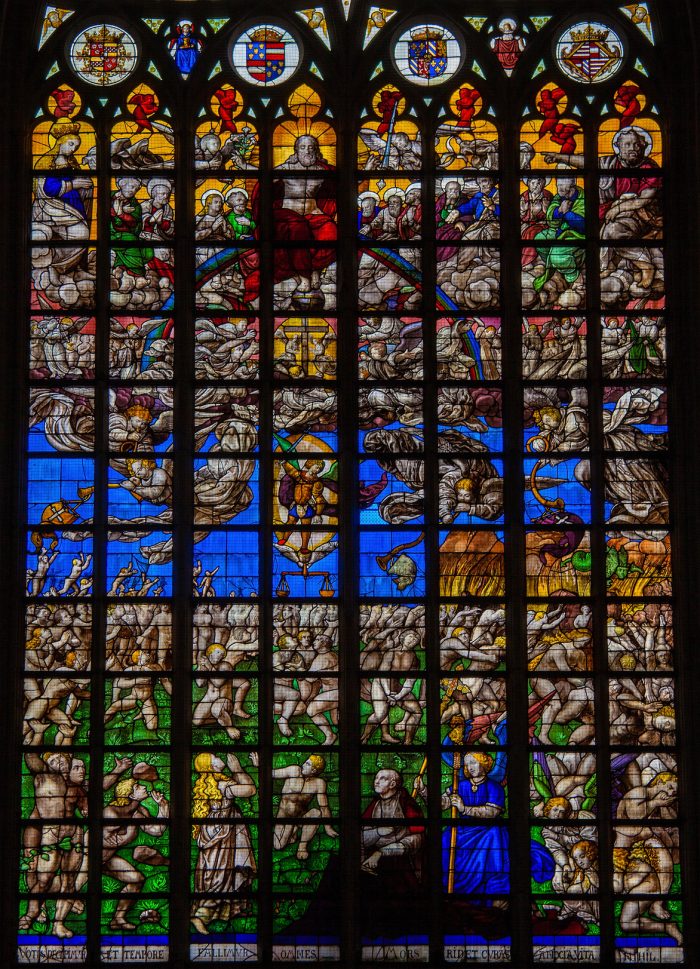 The Book of Revelation was written by John the Apostle while he was a prisoner on the Island of Patmos. He was imprisoned for the word of God and for the testimony of Jesus Christ. (Rev. 1:9) His introduction to this famous book is as follows:

The Revelation of Jesus Christ, which God gave Him to show His servants—things which must shortly take place. And He sent and signified it by His angel to His servant John, who bore witness to the word of God, and to the testimony of Jesus Christ, to all things that he saw. Blessed is he who reads and those who hear the words of this prophecy, and keep those things which are written in it; for the time is near. (Rev. 1:1-3)

The Apostle was given a revelation from Jesus Christ about what to happen. Although this seems to be quite spectacular, it does not differ from any of the other books or passages we have in the Bible. Everything written in the Bible is God’s word and was revealed to the authors by Him.

This is also what Paul the Apostle reminds us about in his letter to the Galatians, saying what was preached (through him), was not received or taught by man, “but it came through the revelation of Jesus Christ”. (Galatians 1:12b) What Paul wrote in his letters has of course his personal signature as the pen was led by him, but everything he wrote was revealed to him by Jesus Christ as it was inspired by the Holy Spirit. There is, in other words, no difference whether the message is about the past or the future; as long as the text has been given us through God’s Prophets or Apostles, it is fully reliable and trustworthy as God’s own word.

This is important to understand when dealing with the Bible. It is, you see, only those who take what has been written in the Bible from God’s own hand, the Bible will be opened for. This is what Jesus says in Matthew 11:25:

I thank You, Father, Lord of heaven and earth, that You have hidden these things from the wise and prudent and have revealed them to babes.

The babes, or the little children, are known for taking what they hear for granted. The wise and prudent are more critical, asking questions whether it makes sense or not.

The Word of God will not be revealed for the wise and prudent. It will be hidden. But the Holy Spirit will reveal the truth to the babes. This is what he has promised, and He will do it whether we have a text from Paul regarding our salvation or we have a text from John the Apostle regarding what will happen in the future. Let us have this focus clear in our minds and hearts as we are dealing with the scriptures generally, and now the Revelation of John specifically.

The Book of Revelation has been widely read and studied, in many cases with the main purpose to maintain knowledge of what will happen in the future. There are guesses on places, persons and timeframes. Some are good, others worse. However, the Book of Revelation is not in first place given us to understand everything happening in the future – before the future comes. No, the main purpose of this book is to remind us to stay awake and to rely on Jesus Christ, and Him alone, as the fundament of our faith.

This focus is kept all the way through the book. Also in some of the most hectic moments, like when the sixth angel pours out his bowl on the great river Euphrates before the big battle on Armageddon – this is what we are reminded of:

Behold, I am coming as a thief. Blessed is he who watches, and keeps his garments, lest he walk naked and they see his shame. (Rev. 16:15)

Reminders to the Churches

In chapters 2 and 3 of the Book of Revelation we are met by some very intense letters to different churches in Asia minor. The sender of the letters is not named specifically, but by using the following titles, we know who He is:

It is Jesus Christ who wants to warn, help and encourage the Christians in the different churches and thereby prepare them to meet the future and end of times.

Among several warnings, there are quite a few against false doctrine. The church in Pergamum is warned because you also have those who hold the doctrine of the Nicolaitans, and the church in Thyatira is warned because you allow that woman Jezebel, who calls herself a prophetess, to teach and seduce.  Furthermore, we do have the warning to the church in Ephesus. A few decades before the warning was written, Ephesus was the center of Paul the Apostle’s mission activity. However, as years went by, the church in Ephesus’ “christianity”, had become more and more based on activities as fundament for their relationship with the Lord.

I know thy works, and thy labour, and thy patience, and how thou canst not bear them which are evil: and thou hast tried them which say they are apostles, and are not, and hast found them liars: And hast borne, and hast patience, and for my name’s sake hast laboured, and hast not fainted. Nevertheless I have somewhat against thee, because thou hast left thy first love. Remember therefore from whence thou art fallen, and repent, and do the first works; or else I will come unto thee quickly, and will remove thy candlestick out of his place, except thou repent. (Rev. 2:2-4, KJV)

This text says that this church has left its first love, and that they need to remember from whence they had fallen. The word whence is more specific than the word where used in many Bible-translations, as it specifies that this falling away is merely from a source than from a place. On this basis we can understand that this church has fallen away from the source of all spiritual life in a church, Jesus Christ himself. Their activities were still going strong, but they had lost their heart in all these activities. Now they were in danger that the Lord would remove the candlestick from their church, meaning those who carried the light among them. Tragiaclly, this is excactly what happened. During the second century this church died a silent death.

I know your works. See, I have set before you an open door, and no one can shut it; for you have a little strength, have kept My word, and have not denied My name. (Rev. 3:8)

There was an open door for the church in Philadelphia. This was not a coincidence, as they had little strength, kept God’s word, and had not denied Jesus. Strangely, the hearts with little strength gets connected to Jesus in a special way, as there here will arise a substream giving His name and word room. For these hearts there will be an open door all the way to  heaven.

Finally, the lukewarm church in Laodicea; they had become “too rich” in themselves. They did not see their own nakedness, and are strongly warned to repent, somehow summing up all the seven letters in the Book of Revelation:

Because you say, ‘I am rich, have become wealthy, and have need of nothing’—and do not know that you are wretched, miserable, poor, blind, and naked— I counsel you to buy from Me gold refined in the fire, that you may be rich; and white garments, that you may be clothed, that the shame of your nakedness may not be revealed; and anoint your eyes with eye salve, that you may see. As many as I love, I rebuke and chasten. Therefore be zealous and repent. Behold, I stand at the door and knock. If anyone hears My voice and opens the door, I will come in to him and dine with him, and he with Me.
(Rev. 3:17-20)

Jesus stands at the door and knocks. He is still not tired, but wants to come in. The only problem with this door, is that the handle is on the inside of the door, not on the outside. If anyone hears His voice, it is possible to open the door, so Jesus Christ can come in.

We have now looked briefly into some of the seven letters Jesus sends to His churches, back then, but also now. We have dwelled a little with the different warnings and encouragements in these letters, all of them of great importance for us, to stand firm both today and also in the challenges we will meet in the future.

As we now move on with the Book of Revelation, we will make quite a jump, from chapter 3 to chapter 12. This is due to the fact that going through all the details in Johns’ Revelation, is far beyond the scope of this book, and also because the starting point of the things I have been working with, is as mentioned in the introduction, the disposition of the prophecies of Daniel. On this background, I have chosen to go into details with the following chapters/themes.