Although concrete speculations of the future described in the books of the Bible I have been working with are ”dangerous” and can lead into many blind gates, I have allowed myself to come with a few ones of my own.

One of my arguments for sharing these speculations now, is that most of the thoughts I now have had for five years, have remained the same since, yes, merely been confirmed as time has passed by. Please let me list a few: 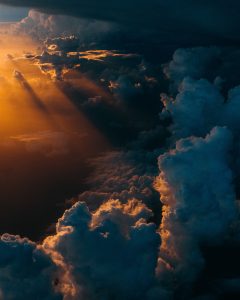 Let us first look into Daniel 7:

The fourth beast with 10 horns is described as a different kingdom; it “shall devour the whole earth, and shall tread it down, and break it in pieces” (v.23).

The Roman Empire (as many says this is the fourth beast in Daniel 7) covered a lot of the earth, but by far not the whole earth, and it did not break everything in pieces, as it will be the case for the fourth beast. Then again, if this beast has nothing to do with the Roman Empire an opening exists for the Russian “kingdom” as this seems to be a possible competitor in the race to become the most scary, evil and “beasty” of beasts. A few details that might point into this direction, when looking more closely to the fourth beast (and also the different horn) are:

The ten horns are ten kings
Who shall arise from this kingdom.
And another shall rise after them.

Could these 10 horns refer to the 10 presidents of the Russian Kingdom since 1917? This is carefully suggested as a possibility? However, when looking into the Russian history for the last 100 years, we are again and again reminded of what terrible acts some of the following names cover for:

Is the coming President of Russia “the little horn”, following the ten horns in Daniel 7?

We read in Revelation 13 about the seventh head that was mortally wounded. Is this Russia anno 1999 when “Jeltsins empire” almost went “under”, before Putin’s reforms changed everything?

What about Ezekiel 36-39 – Gog and Magog. These are names that are repeated again and again in writings regarding the end times. Who is Gog? Where is Magog? We also meet the two names when dealing with the millennium in Revelation 20 where their appearance is closely connected with the fact that the devil will be released from his prison. Apparently, we are not given much help from their meaning in Hebrew. Gog means “the highest point of the roof”, and Magog means “off the roof” – although it seems as we should look to the north of Israel. Augustine saw these names in close connection with the binding of Satan. He said that Gog being “stored” on the roof (Magog) represents the period of the Gospel when the devil was bound. But in the end times Gog will be released from the roof, he said.

This person Gog is a leader with a great army. In addition, he has some allies. They are:

The names given for “Persia, Ethiopia and Libya” are somehow misleading. Persia is Iran, as we all know, but the area of the ancient Persia was quite bigger, also including today’s Iraq, Syria and Saudi Arabia. The expansion of extreme groups, as IS, may create some concern about what is going on in these areas, although right now (February 2016) it seems as if the allies Russia, Iran and Syria (Assad’s troops) might be a potential “winner” of the war being fought right now. (Definitely anno 2018)

“Ethiopia” and “Libya” are not precisely the places covering these countries today (which is why I find it misleading to use these names). The correct words for these two areas, mentioned together are “Cush” and “Put”. The Cushitic-speaking peoples of today comprise the Agaw, Oromo, Somalia, Afar and several other tribes meaning that Cush covers the whole Horn of Africa: Djibouti, Eritrea, Ethiopia and Somalia, parts of Sudan, all the way up to Egypt.

Put, which is translated “Libya”, is more likely the countries covering the northern coasts of Africa.

Today, it may be easier to understand that the Islamic northern Africa together with Iran and Syria will attack Israel – as Russias allies – than the Horn of Africa with the Coptic Ethiopia will do the same. However, with the strong influence of Islam in some parts of Ethiopia, Somalia, Eritrea and also Egypt and Sudan, the picture could change very fast.

There are other details regarding Gog I choose not to add, but if this person is related to the Chief Prince of Magog (Russia), please investigate on your own the history of todays version.

As written in my book:

Who is the harlot? There have been many attempts to find the harlot in history, and also today, as if she should be one specific institution. However, it is hard to find her. Like normal harlots and prostitutes she is hiding in the dark, with her shame and immorality. Many scholars and teachers say that she is the Roman Catholic Church. They say that this church has persecuted evangelical Christians for decades (verse 6), and that Babylon is the name the first Christians used on Rome. Although these assumptions might point into the right direction, I do not think that they are specific enough.

First, her function: riding on the beast with seven heads. Taking the first two kingdoms to be Egypt and Assyria does not seem to do full justice to the description of the harlot who sits on the seven heads, which are the seven kings (Rev. 17:7-10+). She is given the name Babylon and is identified as the mother of harlots and of the abominations of the earth (Rev. 17:5). In order to be the mother of harlots, she would have to be the source from which her daughter-harlots were born. Thus, it seems best to see the harlot as having ridden upon the beast, sitting upon its seven heads, throughout history.

Just as it is impossible that the harlot, mother of harlots, can be Rome (only), it is impossible that she is the Babylon of Nebuchadnezzar’s days. This is for the same reason. It does not date back far enough. We must go further back, and find it in Genesis 10:8-10 and 11:9. There we find her in the land of Shinar; under Nimrod. He began the work in the spirit of the harlot; his object being to build a city, and make for his people a name, so that they might not be scattered. Babylon [Babel] was founded in rebellion against God.

Here is the key to understand the harlot. Here is her main spirit; building her way to God, instead of letting God’s hand reach towards her. The harlot is religious, looks holy, confesses her belief in God, but she does not want to know of God’s salvation. She wants to build, build and build, although God has told her to rest and listen to His word and to receive His salvation.

Apparently we need to look in the areas where the Christian church has a tradition and a history – and a place where the tradition has become similar to Babylons way of being a church. To me there may be a few options, but based on the following aspects, I am deeply concerned that USA is the right place to look for.

There are really many churches in the US, and many big  “mega”-churches. No doubt that there are few other places on this planet where more people will confess themselves as believers or  religious.

But what kind of christianity do we find?

Now what will happen with Babylon – the religious harlot riding on all the empires from Egypt to Assyria to Babylon to Medio Persia to Greek to Roman empireand into our time? God will destroy her:

“The beast and the ten horns you saw will hate the prostitute. They will bring her to ruin and leave her naked; they will eat her flesh and burn her with fire. For God has put it into their hearts to accomplish his purpose by agreeing to hand over to the beast their royal authority, until God’s words are fulfilled. The woman you saw is the great city that rules over the kings of the earth.” (Revelation 17)

Is this what is going to happen – happening right now? Is Russia, the Beast, about to Ruin the woman you saw…?

There is a prophety in Daniel 9 saying:

Most scholars deal with the fact that 490 years (70 weeks) are given a time of Evangelical freedom for Israel (thy Holy People) – but does this prophecy indicate that there is also a period of 490 years for the Jews to live in Israel – the Holy City?

The Jews have lived in Israel as their own country for approx. 410 years from the establishment of Jerusalem around 1000 BC until 586 bc – the captivity in Babylon, and now for 70 years since 1948. Is this a coincidence that we are about to reach the 490 years?

Please take my speculations for what they are, and feel free to read my book. These thoughts are deeply born in the texts I have been working with, bit there are still a lot of open questions. However, I also think that a lot of what I hereby have been writing, is pointing to one and the same direction.