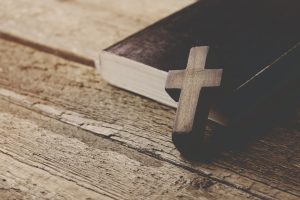 During Christmas 2013, I decided to spend some time studying the passages in the Bible dealing with the time before Jesus returns as King and Judge. I did, and do not, consider the time I used then, and lately on the same topic, as “normal” time dealing with the Bible. In the almost 30 years I have been working with the Scriptures, I have always emphasized that the centre of the Bible is The Cross where Jesus Christ died, and that this is the starting point and ending point for everything that has been written in this book.

However, we do see many things happening before our eyes in these years, things that Jesus told us would happen before His second coming. Especially, it seems to be an increasing challenge for the Christian church, at least in the western world, to deal with the appearance of false teachers and doctrines. (Jesus’ main concern for the end times, Matthew chapter 24). In the latest decades almost everything that we have received from the Reformation and the early church fathers, seems to be gone. Instead, we are seeing and hearing liberal teaching, extreme teaching and teaching with no content. Also we see wars, rumours of wars, millions of Christians persecuted for their faith and millions of refugees coming to other parts of the world than where they belong, fleeing with nothing else than traumas in their baggage. What will happen to them? What will happen to us? Will we be able to keep the situation calm and under control, or will we see lawlessness as Jesus also states as a sign of His return?

We do not know everything about the future, or when the future described is here, but I do think it is a good thing for us to realize that we – sooner than we think – may be facing a different reality than we have been used to in the eminent period that has been in our part of the world for many years. We must not panic, but we have to be realistic, and also prepare ourselves for the last struggle, which all Christians and humanity will go through before Jesus comes back.

It has been my prayer during my work that this book can be a help for my Christian brothers and sisters. I hope everyone reading it can get a wider understanding of where we are regarding the end times, and also get help to see more clearly the fight we are standing in the midst of. That this fight is a fight with both a positive and a negative perspective; we are fighting for the Truth, “warm” love, heaven and our crown, and against false teaching, “cold” love, and physical and mental attacks from the devil. When reading many of the passages from the Bible we are dealing with in this book, this fight seems to be a hard fight, and also fought with the same means: The Gospel of Jesus Christ.

I have chosen to include quite a few passages from the scripture (New King James’ Version, NKJV, if not anything else stated) to make it easier for the reader to understand the context.

It is not possible to deal with the passages of the Bible describing the end times, without facing a fundamental paradox regarding how to “attack” this field. Indeed, we are both given a call and a warning in this context. We are called to look for and interpret signs for Jesus’ return, but at the same time we are strongly warned against thinking that we can calculate the specific time:

But of that day and that hour knoweth no man, no, not the angels which are in heaven, neither the Son, but the Father. (Mark 13:32)

Therefore, by entering into this subject we must walk carefully to avoid falling into the “swamp of speculations”. We must pray for wisdom in order to keep focus on Jesus Christ, His salvation and establishment of the Last Dominion when He died on the Cross.

I am not sure that my project succeeds in this context, as I have drawn quite some concrete thoughts into this book. My intention for doing this has, however, (honestly) been motivated by a wish to help both the reader and myself to understand where about we are in these years regarding the end times. At least I have found some of my thoughts to be a big help for myself when things seems to get out of control. I have been helped to fix my eyes on the Dominion to rise, although things have looked dark and scary almost “everywhere” I have been looking.

The end times has been given quite some room in the Bible. Most Bible readers know that both the Book of Daniel and the Book of Revelation are dealing mainly with this subject, but in almost all other books we are reminded about the fact that Jesus is coming back, and what to look for before this incident happens. Also Jesus Himself reminds us in several passages about these things.

When reading these passages there is one specific thing that stands out, and that is how often the nation and people of Israel is mentioned. Moreover, Israel is a key factor for understanding where we are in God’s calendar. Jesus says this himself when dealing with the end times in Luke 21, comparing Israel to a fig tree (ref. Jeremiah 24 where Judah is compared with figs) 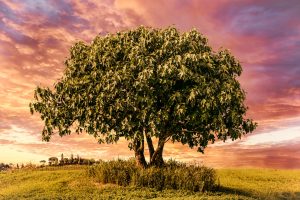 Then He spoke to them a parable: “Look at the fig tree, and all the trees. When they are already budding, you see and know for yourselves that summer is now near.”
(Luke 21:29)

If you want to understand where we are, in the timeframe called the end times, there is an important place to look, and that is to the fig tree, Israel. Over and over again, the Bible points out this little spot on the map, and to the relatively few Jews living in the world, when dealing with these questions. A few of them I have listed below:

Some of the things written are already fulfilled, or are about to be fulfilled. Already in 1948, the Jews received Israel as their own country, and now they are moving back to their country in large scale. However, there is one thing still to be fulfilled, as the Bible proclaims that many Jews will begin to believe in their lost son, Jesus Christ. Since Jesus died on the cross, most Jews have rejected him as their saviour, but in the future this will change, as Zechariahs prophecies: